Baltic Assembly Selects GoSwift As One Of The Most Innovative Companies 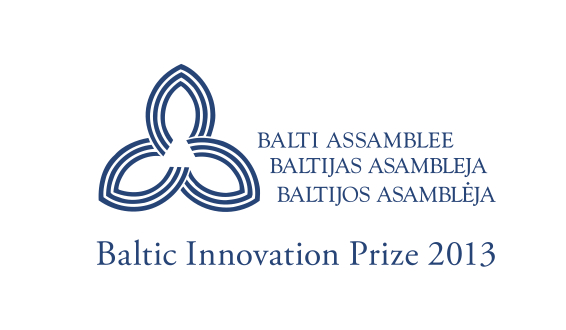 Once again, the Baltic Assembly selected the Baltics’ most innovative companies by presenting the Baltic Innovation Awards for the third time. In Estonia, GoSwift OÜ developed a Queue Management Service for border crossings and was voted the most innovative. Latvia’s best company was ELMI, which manufactures laboratory equipment and Lithuania’s best was Uniplicity, a company that develops a collaborative editorial system.

“GoSwift solves one of the biggest problems in the Baltics – how to optimise queues at the Russian border. I think it is a topic that the Baltic States should actually deal with at national level, and I am pleased that GoSwift has done a good job in this field. We also see a big future outside the Baltics for this solution that optimises border queues,” Raymond Vēyonis, President of the Baltic Assembly and Minister of Environment Protection and Regional Development of Latvia, the current presidency country.

GoSwift’s CEO, Hannes Plinte, said “It is a great honour for GoSwift to receive this award from the Baltic Assembly; it constitutes acknowledgement of our company and positive feedback for our team”.

The GoSwift Queue Management Service has been used to queue vehicles at the Estonian-Russian road border since 2011. In 2012 the service was launched in Russia and in the summer of 2013 was also opened in Lithuania. Besides border crossings, GoSwift can also be used at tourism sites, managing ferry queues and basically wherever there are queues. Since June 2013, GoSwift service has also been used at Tallinn TV Tower.

Baltic Innovation Awards were presented to companies at an awards ceremony in Latvia on 28 November. When nominating Baltic Innovation Awards, the economic indices of the Baltic companies, the novelty of their product or service, the export potential and the current export share from total turnover are assessed. 11 companies from Estonia, 5 from Latvia and 7 from Lithuania were submitted for assessment.

Previously, the Baltic Innovation Award has been awarded to the Estonian companies Cybernetica, which develops e-services and navigation solutions and Defendec, which develops border guard solutions.

Baltic Assembly is an international organisation aimed at harmonising and promoting the activities of the Estonian, Latvian and Lithuanian parliaments. The Baltic cooperation presidency rotates at the beginning of each calendar year – the presidency actively coordinates the cooperation of all levels and selects its priority fields. This year, Latvia holds the presidency; in 2014, it will be the turn of Estonia.